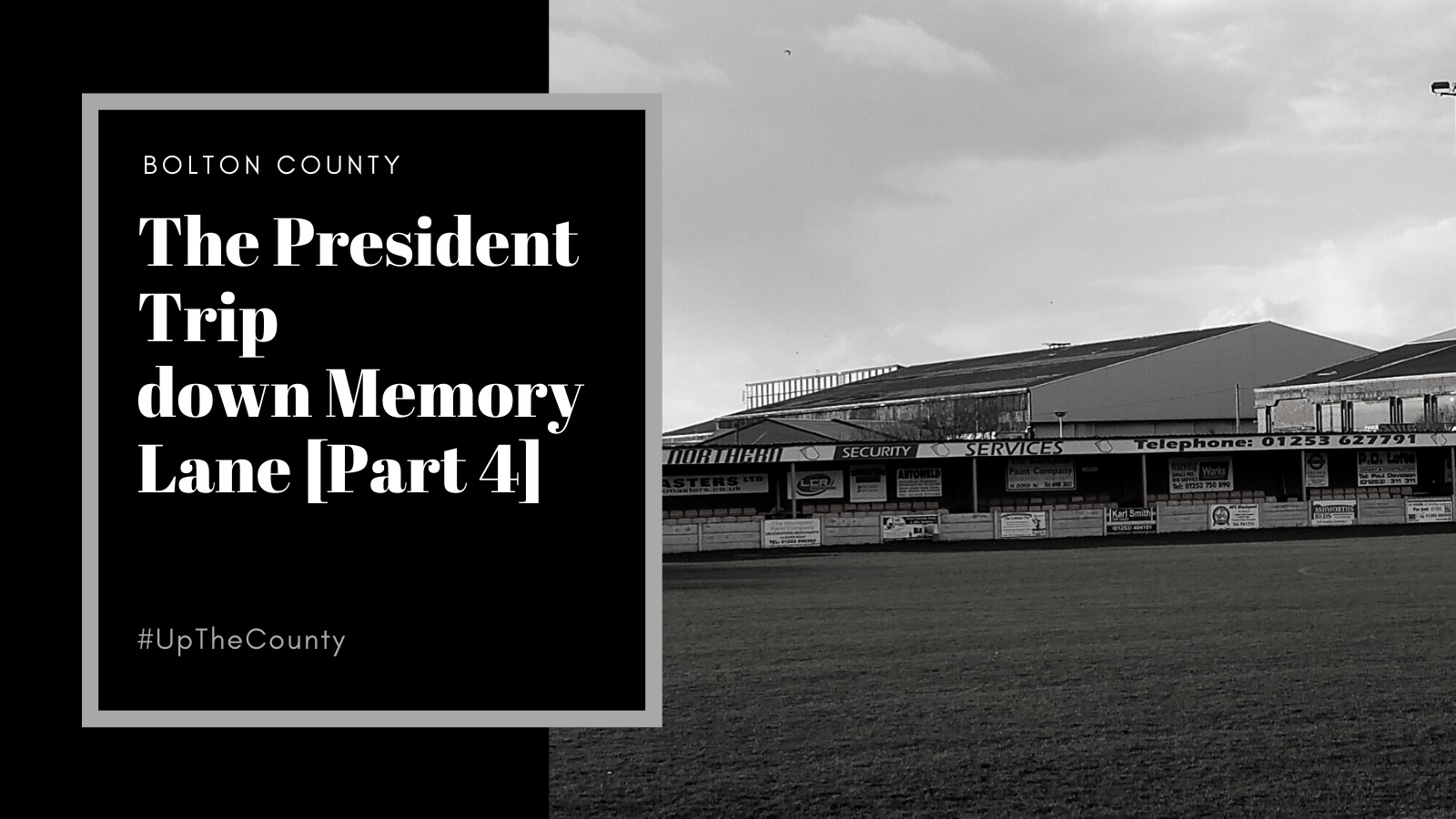 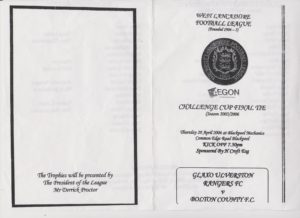 After a season of settling in to the league in 2004-05 the club found its feet in what was a very competitive league. This would be our best season in the league so far. It would also take another seven years for us to win this trophy again and also get promotion to the first division that would be the year of the double.

In the Semi-Final which was played at Freckleton’s ground against Thornton Cleveleys FC in what was a very good match, they were the favourites to win as they had already got promotion to the First Division. On the day, we played as well as we have played all season and ran out the winners    3-0. Footnote (pardon the pun) this was the game our present manager Adam Howarth broke a bone in his foot but continued to play on.  The result was that it cost him his place in the final. Some of us would say that his level of commitment is still burning as fiercely today and can still be seen on match days.

We finished fourth in the league and won this ‘Cup Final 2-0’. On the evening of the match we played on the equivalent of Blackpool Beach. It looked like the groundsman had been down to Blackpool Beach for the sand. In fairness it had rained for most of the proceeding week. The ground was declared fit to play on by the referee, I suspect under some pressure from the league officials. We played against a team which had finished in the bottom half of the league but they played very well and also the pitch was a bit of a leveller for what was our type of passing game.

After ten minutes of the second half, we got a corner on their right.  From the corner the ball ricocheted in the box before falling at the feet of Tom Walsh eight yards, out who fired it into the net. The second half swung from end to end with neither side really getting control of the game. With 10 minutes to go we got a penalty, which was converted by Rob Walker. We see the game out quite comfortably for our first major trophy in this league.

On the night we had a coach for the team also a lot of people came with the team to watch the match, many from work, some of them went on into Blackpool after the presentation which was held after the game on the pitch. At a rough estimate I thought that the total attendance on the night counting both sets of supporters must have been around 250 to 300 people present.

One interesting fact about this match regarding a player’s commitment to wanting to play in this game was that of Rob Gathercole who was on holiday in Spain. His mother I understand paid for him to come home and play in the game. From Spain to Newquay then up to Blackpool airport where he was picked up by his mum Anne and then transported to the ground. Just glad that we won the game, it says a lot about his and his mum’s commitment to the cause. 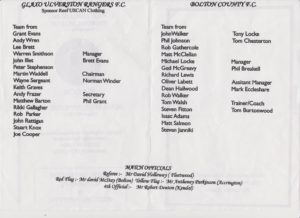 On a personal note as the Chairman of the club I was pleased for Phil and his management team that they had won this trophy after all their hard work over the first two seasons in this league. The league presents us with a lot of travelling and to sustain their level of commitment and also that of the players took some doing. It also went some way to taking the pressure off the club committee who two years before had made the bold decision to leave the Lancashire Amateur League after over 50 years of membership.