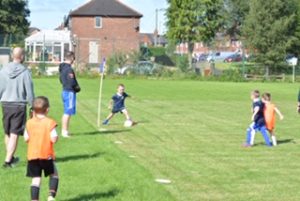 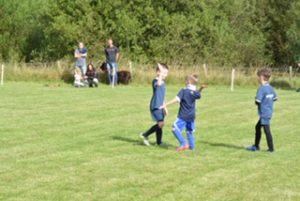 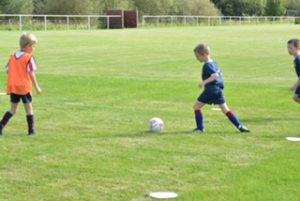 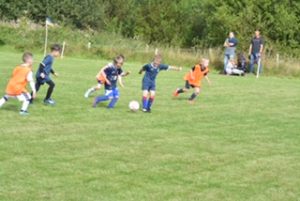 Last Saturday our new U7’s side started their football journey with a friendly match against Ladybridge Sharks which was both sides first ever match. 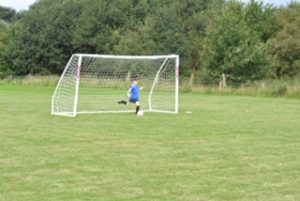 It was a great morning for football with the sun shining down on The County Ground and both teams were excited to start playing. As you can imagine it was end to end action from the off with both team’s doing their best to score, the goals soon started and never stopped !

All the players played their hearts out and at the final whistle it was hand shakes and smiles all round, even though all the County boys played really well an honourable mention needs to go to Conan who joined the team three days before but he was in the thick of the action from the start and looked like he’d been with us for years ! 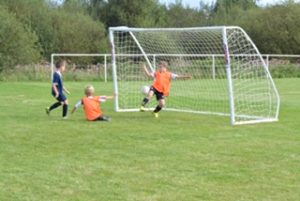 A few weeks ago the team only had four players so thanks need to go to Suzanne and Del for getting the word out on social media which resulted in us picking up two extra players and at the time of writing this we have gained another two to put us up to a healthy eight players. Also thanks to parents Gerard and Nick who have volunteered to help out with the team.

The boys continue with an away game on Wednesday v Radcliffe Borough at Close Park were the two new signings will be making their debut.

This was just the start on Saturday in what hopefully will be many happy years for both players and parents going forward.