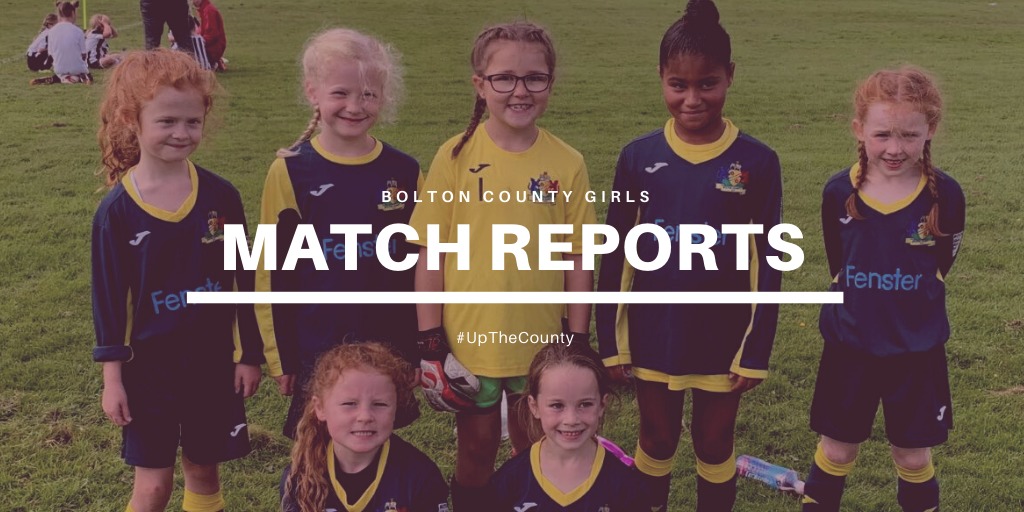 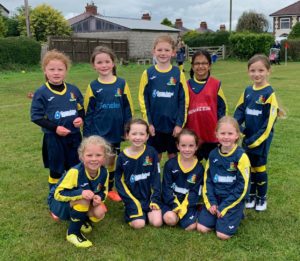 ning saw the first Under 7s league game for these girls as a team. As their other game was called off it was an opportunity for nearly all the girls to play together rather than being split into two teams.

The girls started off very bright with Pearl scoring straightaway and this gave the girls the confidence to play. There were no nerves in sight whatsoever just excitement.

All the girls played very well and coped well with having to be a substitute for two of the quarters of the game due to the numbers. Their tackling and especially their running with the ball was excellent as was their determination and desire.

It was a very enjoyable game with the opposition scoring a few goals themselves. Grace, Aurla, Emmy and Noor Bibi took turns in goal and stopped a few goals. 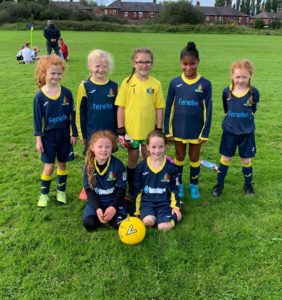 The Under 8s were involved in a fantastic game this lunchtime with only a goal separating the two teams at the end. There were debuts for Aine and Niamh, with Pearl and Evelyn from the U7s playing as Esme is away.

The girls had many chances to score and had lots of shots that just wide or were saved. Pippa, Evelyn and Aine worked very hard and were unlucky not to score.

Aine was everywhere and played with such enthusiasm and energy.

Evelyn is another player who can and will run all day. She won the ball back countless times and used her speed and strength to counterattack very well.

Pippa was not afraid to take players on and was very brave when the ball hit her in the face not once but twice in each of the first two quarters.

Aiyarnna was unlucky to only score the one goal today, most unusual for her, but she grew into the game and made some excellent last-ditch interceptions.

Niamh was a rock at the back, in her words “I on’t want to play anywhere else. It’s my job to make tackles”. and she often makes tackles.

Myla commanded her area well and was unlucky not to save a couple with her dives.

It’s extremely hard to believe that this girl only turned 6 years of age six weeks ago. Her ability and football brain are years ahead of her age. She was brilliant in her games today.

Thank you, as always to our Team Sponsors
Fenster Trade Frames and HAS Security 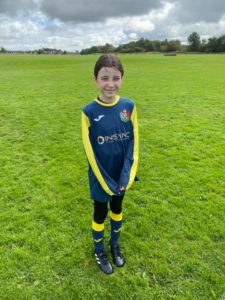 The U12’s played their last game before the season starts next week. The girls started strong with a goal in the 1st minute. It came from Lily L who made a yard for herself to then find the bottom corner with a couple of the girls carrying injuries on a big pitch with no subs it was hard to maintain the lead.

Lily showed today what you can achieve with the right attitude and hard work. Lily was simply asked to pick the ball up and run with it. She did this brilliantly down the left side with total control of the ball, taking on players and not only that her desire to win the ball back was excellent.

You are an absolute credit to your club mate. It’s so warming to see other coaches who share the same philosophy as me, performances and effort above all else, results don’t matter. A beautifully played game of football and was a pleasure to host you. For a first game you were awesome, we lost 11-1 in our first match, there’s potential in your team. Absolute credit pal, can’t thank you enough”

Great words there for our Under 14s coach Dave from the opposition from their game today.

Once again, the girls worked very hard. They had a lot of withdrawals due to holidays, Covid and injury but the girls still went out on to the pitch and gave their all.

The Manager asked for commitment and smiles and today he got both. Players were moved around in positions without complaint and the girls continued their learning about playing on a bigger pitch.

In the game itself there were some mistakes that cost us a few goals in the first half but still the girls held their heads high and pushed all the way. Half time came and the girls’ faces were glowing on a warm Sunday afternoon. .

In the second half the girls pushed on and had a few break away chances where we nearly scored. Ava ended up in goal through an injury and she was brilliant, with Aimee, Chloe and Millie defending well. The midfielders Truly, Christy and Jaylea worked their socks off in the middle of the park, with Maddison and Sofia pressing their goal. It was a much better second half.

POTM Millie
An absolute rock at left back well done

Thanks as always to the Team’s Sponsors
Ciao Baby Italian Restaurant, Egerton and CGS Commercials of Adlington