Can You Help In The History of Bolton County 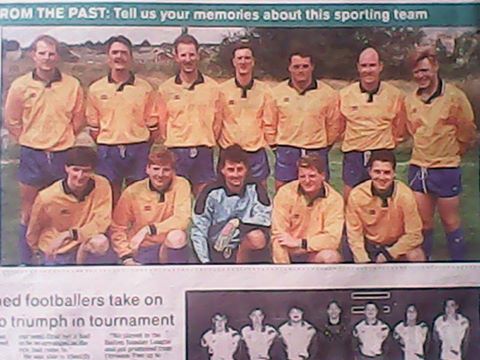 Can You Help In The History of Bolton County

The club is actively researching it’s history and a request is made to all who been involved in the club, both past in present

Dear Friends
At the present moment in time the Club is in the process of developing its entrance area to the Club House at Darcy Lever. With the removal of one of the dressing rooms this will become a lounge and also a hospitality area on match days. As part of the plan for this area it is the Club Committee’s intention to put on the various wall elevations memorabilia relating to the Clubs history. We would be grateful if you could help us in this task in the following ways. The club is looking for items in connection with the following types of memorabilia.

• Team Photographs. With the names of the players if possible, the season and anything else of interest relating to the team, Cup, Championship, Runners- up and any press coverage etcetera.

• Old Team Shirts. With specific reference to the season it was worn and the name of the player. Also any history on his achivements, or the team he played for.

• Old Press Cuttings. Anything relating to the club and its achievements.

• Any Old Trophies. Anything in the attic/roof space that the wife/partner is no longer going to clean or, has just had enough of it being on view! Examples Medals, LAL Representation Badges and if possible who the people were. Note any old Trophies must not belong to a league or any organisation still in existence.

• Pictures. Of action from games, Trophy Presentation Nights, Development of the original pitches and also our present site at Darcy Lever. Any background from these pictures would also be helpful.

• LAL Club membership cards that also incorporated the fixtures for the forth coming season.

We intend to run this appeal from the date of this letter to the end of the current season, hopefully May 2016. If you have any of this type of Memorabilia or any other type not mentioned above and feel it may be of historical interest and are prepared to part with it please contact either

Finally with regards to a possible Roll of Honours Board, we have very little history of what has been won by the Junior Section of the Club before amalgamation in 2001 and also after it. Our Junior Section of the Club has played in various Leagues including the now defunct Bolton Boys and Girls Federation. At the very least if we could locate a handbook for that league for its last season in existence we may be able to identify what honours we actually won as a club in what at the time was claimed to be the oldest league in the country.

Thanks for your support in this matter; we need to get it together before it is lost for ever.