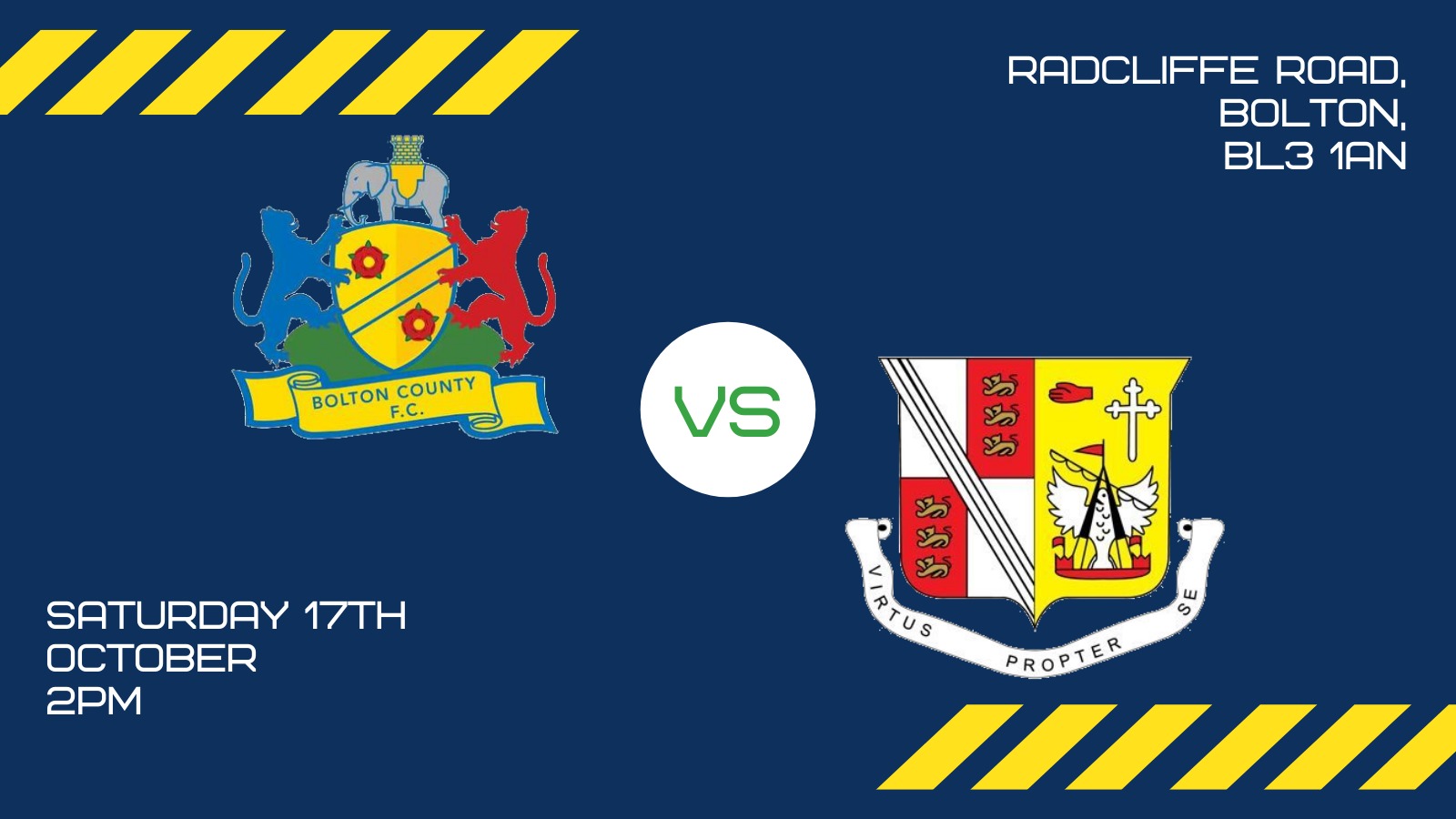 Today I went to Royton to watch our boys play their first match at level 7 on the None-League Football pyramid and for me it brought back memories of our last encounter with Royton Town in 1990.

They were a new team in the Lancashire Armature League and it was my first match at home as the new manager of Bolton County having left Bolton Wyresdale at the end of the previous season after eight years in charge having been convince by Tom Smart [Chairman] and David Hough the First Team Captain that the club had a bright future.

Royton Town were a team who had played at a higher level of football than the Lancashire Armature league but because of problems off the pitch they had dropped down a level.  Before this game County had played two away games having won one and drawn one. The result on the day was a 2-2 draw. The team on the day was from the back playing 4-4-2.

That season Royton Town gained promotion and then went on to go through all the divisions and then leave to join the Manchester League. So today we finally caught them up again even though we lost a game we could easily have drawn with the same result as our first encounter.

Mark Ormrod played in that encounter although he may not remember it as well as I do but it says a lot about him and other people’s commitment with all the ups and downs to have reached this level after so many years.  In fact quite a lot of players on the pitch to day were probably not born when this game took place. Let’s hope the club can consolidate our position in this league over the coming season and that the clubs officials at all levels of the club will continue to build on the past commitment and integrity of those who have gone before them.