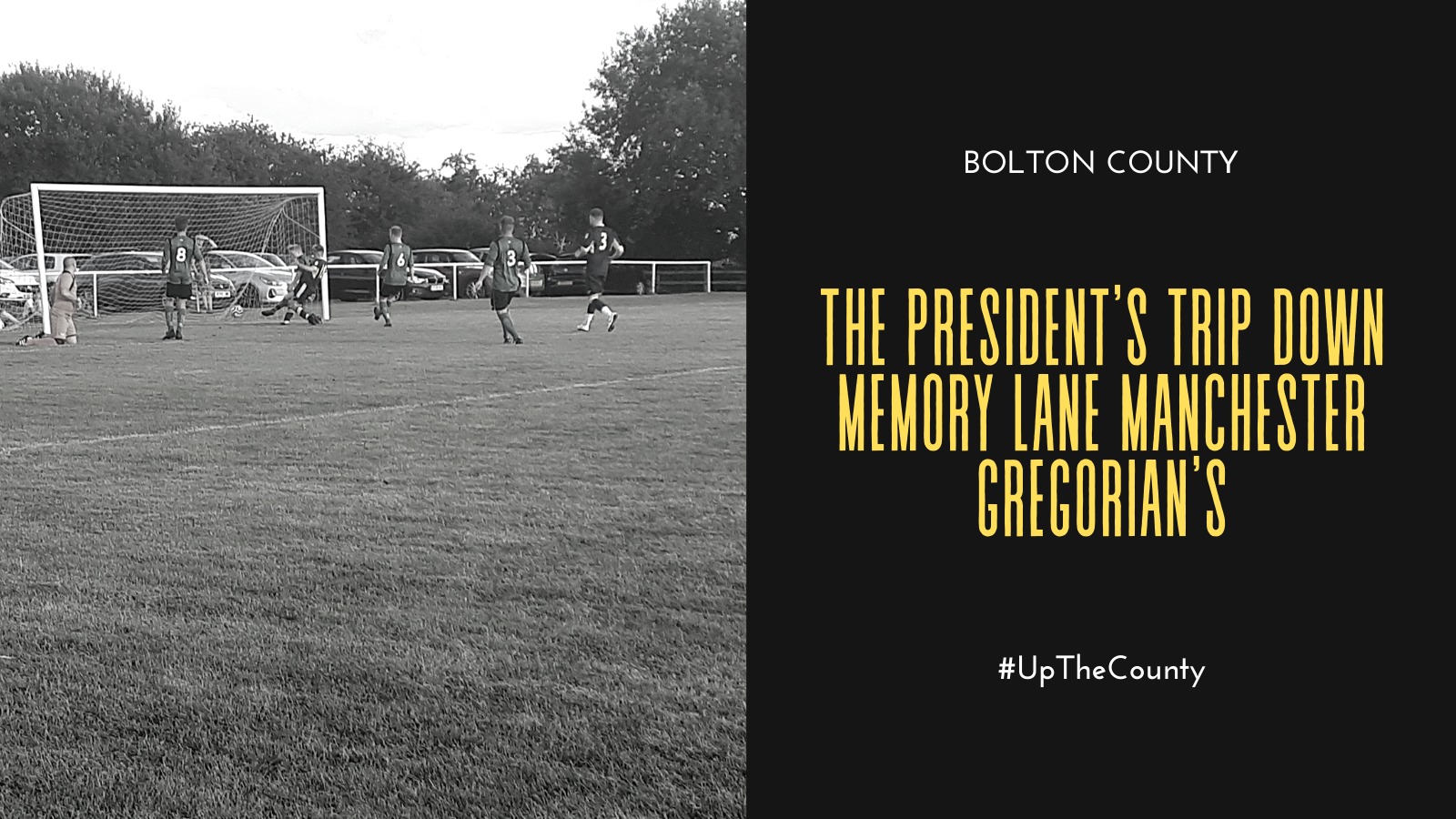 On the last Saturday of this month [October 2020] we are due to play Manchester Gregorian’s FC at home. This club was for many years called Old Gregorian’s and played in the Lancashire Amateur League [LAL]. They were one of the most successful teams in that league from the 1980’s and  up to them leaving  the [LAL] at the end of 2005/06 I think,  if I remember right running six team open age teams at various levels in the league till they left the league to join the Manchester Football League.

My first encounter with them after I became the manager of Bolton County in 1990 was a home defeat during the 1995/96 season. The previous season they had been relegated from the [LAL] Premier Division. Needless to say they only stayed in the First Division for one season going up again at the end of the season as champions.

On the day they beat us at our place 0-3 we played a 4-4-2 system and at that time we were fighting to stay in the First Division having gained promotion from the Second Division the season before after four long years of trying. On the day my assistant manager Andy Whittle was in goal our regular goalkeeper Mark Andrews was unavailable Mark Andrews reason an upset stomach it was suspected he had eaten too many pies. Mark eventually went on to play at a higher level he was a very good goalkeeper.  Also unavailable was Paul Swift probably our best forward in the team at the time he was also ill, nothing to do with eating pies.

We played them away at their place again we lost the game 1-2 but it was a much closer game still playing 4-4-2.  The team on the day was Mark Andrews, John Conroy, Matt Pemrick, Nigel Hulme, Mark Lancaster, John Garrick, Steve Ecccleshare, Michael Walker, Paul Swift and Steve Hulme.

Only one substitute on the day Nigel Partington the reason being the Second Team and Third Team where stretched for players because it was nearly the end of the season.

We had high hopes before the game of actually getting a win against them because the week before we had beaten Old Blackburnians at home 5-1, unfortunately young Danny Wadeson missed a penalty after 30 minutes, in the second half young John Garrick scored but in the end we ran out of time.  I felt we deserved a draw.

We did not play them again until John Conroy’s excellent team of the season 1999/2000 having been promoted the season before as Champions of the First Division to the LAL Premier Division we turned them over twice. His team was the best team to represent the club in the LAL in my time in the club; obviously the club has had some very good teams since we left the league at the end of the season 2033/04 to join the West Lancashire League [WLL] and subsequently as of now the Manchester Football League [MFL].

I hope this brings back some dare I say happy memories to some of us. There are other past [LAL] teams in the [MFL] at the present time Walshaw SC and Heywood St James but in their case I do not think our First Team played them before we left the league, if we have maybe somebody out there will let me know how we went on against them.