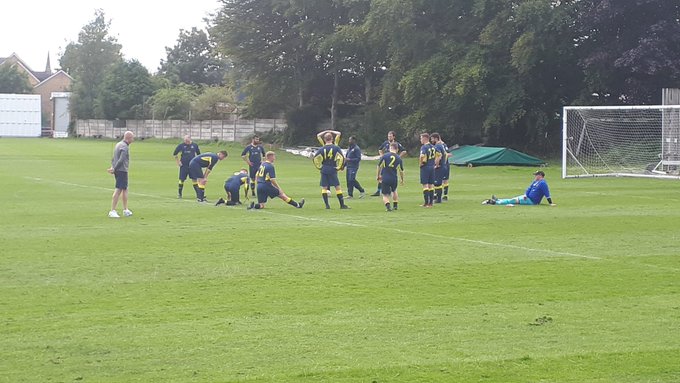 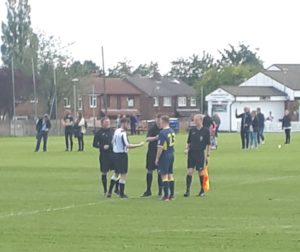 County came away with a well-earned draw against Walshaw Sports at Sycamore Road. County started on the back front and went behind in the first minute after a goal from Kayden Cravern. Walshaw continued to dominate the game and made it two after 15 minutes from a goal from Richard Woodward.

County then began to grow into the game with their first chance coming in the 16th minute from a well saved shot from the 15 year old Walshaw goalkeeper Ellis Cravern. County had a few corners as the game continued but unfortunately did not lead to anything. 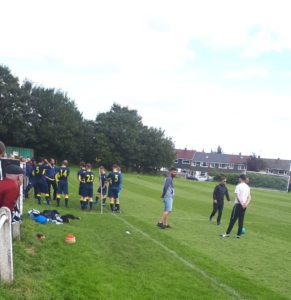 finish from Tom Axon Smith. County ended the first half well with serval chances coming our way. We was only denied by the woodwork and some superb goalkeeping from the young keeper

The start of the second half began in a scrappy fashion with neither team being able to get a foot hold in the game. On the 51st minute County levelled the game after a nice finish from Jordan McLaughlin across the keeper. The chance was fashioned from a nice cross from our left wing.

Unfortunately, we were only level for 8 minutes after an attack down our right was put into our own net by our centre back. Walshaw nearly increased their lead with a well taken short that was deflected narrowly wide. 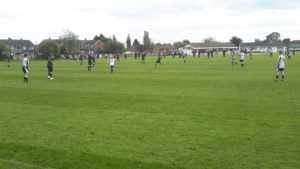 On the 67th minute County hit the post with an powerful shot from outside the box and it only took another 4 minutes for County to level the game thanks to Carl Airey with some more good build up play down the left. Only a minute after we scored County were fortunate not go behind and it was only because of a wonderful save from our keeper that denied the Walshaw attack.

In the final 10 minutes County created a few opportunities but they came to nothing after some more good work by the Walshaw goalkeeper.